Collapsing Trachea is a problem many small dogs suffer from. What is it, how to recognize it, and what action you should take. If you are concerned and want to find out more carry on reading. You will learn and know what action to carry out if your Lhasa ever gets this medical problem.

Collapsing Trachea in Lhasa Apso’s is rare, although it is known they can suffer from this health problem. If the coughing is not interrupted during a spasm your dog’s airway could become restricted, resulting in your dog stressing, and not being able to get oxygen.  This can lead to your dog’s death.

Dog owners can get confused between collapsing trachea and backward sneezing, both of these symptoms will scare you, let us take a look at what the differences are and if they are deadly to Lhasa Apso’s

What Is Collapsing Trachea?

Try to imagine a pipe that is made of many rings, one after the other, this is similar to a dog’s windpipe. An example: like a vacuum hose. The dog’s windpipe is made with consecutive cartilage rings. This windpipe is called a Trachea in medical terms.

A dog will find breathing difficult as these ”rings” weaken and start to collapse. This difficulty, as the windpipe collapses, will result in a distinct honking cough as they try to get air inside their lungs.

There could be an abnormal congenital condition, where the cartilage has less cellular build, leading to a weakening and eventual collapse of the trachea.  Although the real explanation is unknown for tracheal collapse the above explanation is the prime suspect.

This dysfunction is found in many small (toy) dog breeds with a flat face and short muzzle, Yorkies, Pugs, Beagles, Boxers, are some examples. The Shih-Tzu and Lhasa Apso’s are far from exempt. Lucky my Lhasa has this very often as his old age symptoms increase. When he first started to get backward sneezing it scared me so much I thought he was going to die. Thankfully reverse sneezing is not fatal.

Backward sneezing occurs when your dog sneezes, but instead of sneezing out they sneeze inwards making a weird sound. Making a loud snoring sound, (as I do at night my wife tells me) Its strange to watch as your dog pushes their head forward, mouth open as if trying to get air. You feel so helpless unable to help.

Reverse sneezing is not fatal for a dog, although scary for you the first time you witness it. Firstly you must stay calm, knowing that even if you are not there your Lhasa will get over it safely.

What I do is to gently caress Lucky on his throat, talking softly at the same time until he calms down, to reassure him all will be fine. Another option is to put your hand over the nose for a brief moment, sometimes blowing into their nose can make them stop. Whatever you do, be assured, your Lhasa will get over it in a few seconds even on their own.

The first sign is audible as that horrible cough starts. You will notice a lack of interest in exercising as they will have less oxygen. Looking closely at their gums to see if they are blue.  If they are it is a sign of oxygen deficiency, this combined with the difficulty in breathing should alert you to Collapsed Trachea and you should seek your veterinarian urgently.

Can It Be Treated?

Yes, it can. Something that you can do to reduce your dog having a collapsed trachea is asking yourself is my Lhasa Apso is overweight. Obesity in your pet is a common cause of a collapsed trachea.  Infections in the throat and environment pollution can play a big part, cigarette smoke, house dust, etc.

Quoting Dr. Karen Becker from the Healthy Pets website, about 70% of dogs suffering can be controlled successfully with medication. By using conventional drugs and sedatives mild cases can be kept under control. 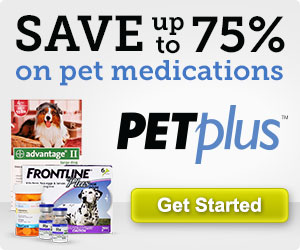 When we cough regularly our throats become increasingly irritated, and this happens to dogs as well. Therefore you must try to interrupt the coughing cycle.

What You Can Do To Help

Helping to relieve their sore throat naturally is advised as soon as possible. This is achieved by adding natural substances to your dog’s food. You may add, cool tea made from slippery elm, mullein, wild cherry bark, honey or licorice root.

When exercising always use a Dog Harness, or a backpack similar to the one below, not a collar, collars that pull on the neck increases the risk of collapsing the trachea.

Do have regular blood tests carried out as a collapsing trachea can cause liver problems.

Assuming your Lhasa is not responding to medication or has a chronic collapsed trachea then surgical intervention will be proposed. The trachea goes deep inside the chest and there are two possibilities of intervention that are used.  If the collapse is in the upper throat or neck then plastic rings are inserted to strengthen the trachea wall, helping to keep it open.

With the trachea collapsing further inside the chest then the veterinarian could insert a stent, just as in heart surgery. As with all surgery, there could be complications, sometimes needing a second intervention. Do make sure you have adequate insurance as the final bill could be running into thousands of dollars.

As you have gained insight now you will understand that a collapsed trachea is dangerous for your Lhasa Apso. You will know how to tell the difference between a reverse sneezing attack and a collapsed trachea. Although possible, the chances that your dog will die are small. There are medications and surgery available to alleviate the problem from getting worse.

As your Lhasa gets older they do get more health issues. I invite you to read about these old age health issues on this post. As always if you have any doubts about the health of your pet, go see your veterinarian urgently.

link to 10 Fun Toys Your Lhasa Will Love to Have

Your Lhasa Apso from their puppy years needs toys to stimulate their mind, reactions and to help them learn to obey your commands when you are playing together. You can remember when you enjoyed...

Continue Reading
link to Do Lhasa Apso's Suffer From Arthritis? The Signs To Look For

Many humans as they reach their senior years become prone to suffer from osteoarthritis. A health problem that becomes painful and in some cases making daily activities almost impossible. I suffer to...

Welcome to my site, My Lhasa Apso.Com I’m Anthony, I am the proud owner of a Lhasa Apso for 18 years called Lucky. He has been a great companion all this time.

I want to share with you all I know and all I have found out about the Lhasa Apso breed. Reading through the different articles on this site I hope you will learn more about my dog Lucky and how to take care of your Lhasa Apso. Thanks for your time reading these posts and your fidelity.

This site is owned and operated by Anthony Bettell, mylhasaapso.com is a participant in the Amazon Services LLC Associates Program, As an Amazon Associate, I make a commission if you use any affiliate link that leads to qualifying purchases.

An affiliate advertising program is designed to provide a means for sites to earn advertising fees by advertising and linking to Amazon.com. This site also participates in other affiliate programs and is compensated for referring traffic and business to these companies.

If you would like to create a passive income by building a website. I strongly recommend you check out Jim and Ricky and their Income School P24 project. They explain in detail all the technical and will help you build a website that will bring you passive income for years to come.

Click on This link which will direct you to their website, you will be able to learn all there is to know about Project 24.  This is part of an affiliate program, by using this link, if you purchase the same course as me, be helping My Lhasa Apso receive a small commission.

I would like to thank Jim and Ricky along with all the staff at Income School for their continued support in helping me create this website. The community where members can exchange and help each other, I’m 67 years old and it’s not one of my best skills trying to create a passive income website!

The idea of Project 24, (this is a 24-month time schedule to create and build a website or blog site) is to create a website that answers questions searched on the internet, replying with helpful and expert information (my expertise is 18 years of ownership) that answer the readers questions with a precise, helpful reply.